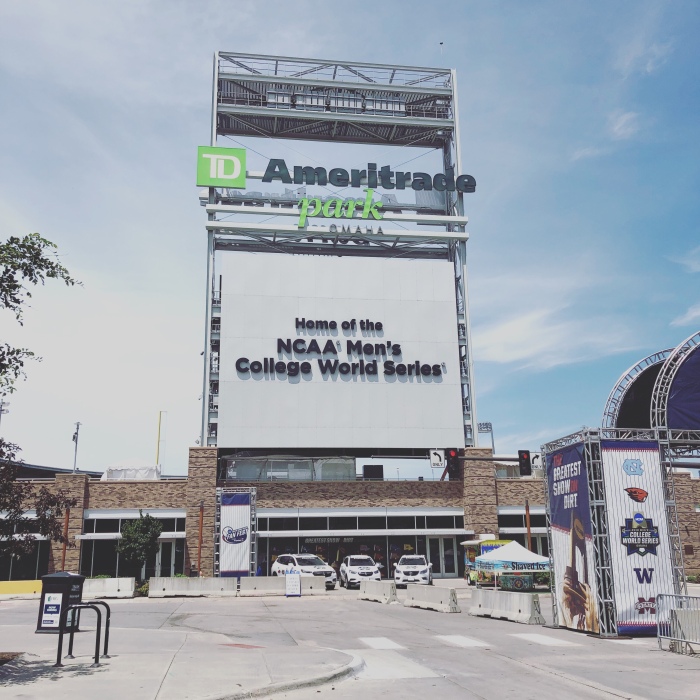 What seemed like a tall order a week ago is now reality. After dropping its first game of the College World Series to North Carolina, Oregon State fought back to win four consecutive elimination games and earn a spot in the championship series against Arkansas.

With an appearance in the National Championship secured, we decided it was time for our rag tag crew to make the long dreamed of pilgrimage to Omaha. Over the course of the next few days we’ll be sharing our experiences and thoughts with you as we take in Omaha live and in person for the first time. Hopefully this provides some insight/entertainment to you. If nothing else, it will serve as a way for us to document the trip.

Now that we’ve given you a fair explanation, here are some notes from day 1: