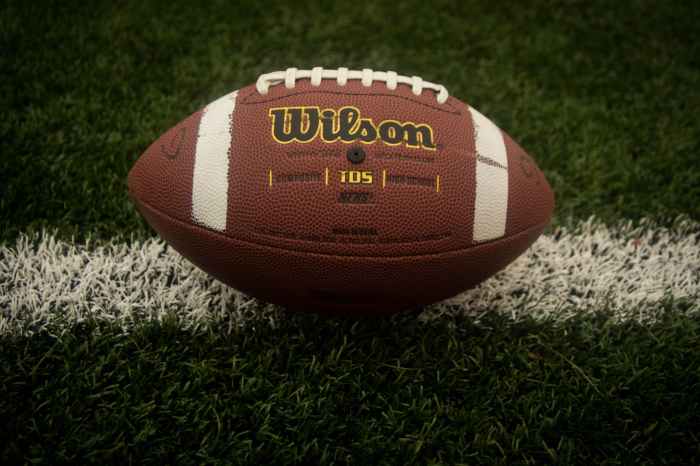 The 2018 NFL Draft gets underway this Thursday at 5pm PT at AT&T Stadium in Arlington. There is no shortage of storylines heading into this year’s spectacle. As usual, all eyes are on the young quarterbacks and a few other eye popping playmakers. For Seahawks fans, the draft is intriguing for different reasons. For us, the intrigue comes from wondering what unknown gem Pete Carroll and John Schneider will find. Although the last few years have been a little disappointing, I think we might be staring down the barrel of another legendary draft for Seattle’s dynamic duo.

Here are five things for Seahawks fans to watch for heading into Thursday:

Will the Seahawks actually draft someone at 18?

The Seahawks are slotted to have the 18th overall pick in the first round. For anyone who has followed the team more than a couple of years, it feels like a forgone conclusion that the they might be looking to trade back to secure more picks. According to Brady Henderson of ESPN.com , the last time the Seahawks used their original first round pick was 2011 when they selected James Carpenter. It wouldn’t surprise me one bit to see the Seahawks once again trade back in favor of securing more picks, especially considering the fact that the team doesn’t have a second or a third round pick. That being said, Pete and John are always predictably unpredictable.

This one might seem obvious given how horrendous the offensive line has been. While the line needs to be addressed, it’s far from the only position group that would benefit from reinforcements.

The Seahawks could also use some fresh bodies on the other side of the trenches. With the departure of Michael Bennett and the probable medical retirement of Cliff Avril, the Seahawks will be leaning heavily on Frank Clark. If the Seahawks want to get a consistent pass rush, they’ll need to add edge depth that can play meaningful snaps early.

Running back is also a need in this class. Sure, the line was bad, but the running backs weren’t doing a lot to help the big fellas out last year. I like that the team held on to Mike Davis for insurance and Chris Carson showed promise before getting injured. But the team can’t take any chances with a poor rushing attack in 2018.

Other positions of need? Look for additions at receiver, tight end and linebacker. A lot of you are probably screaming at me to include defensive backs on this list, but I actually really like the potential of the youngsters here. Don’t get me wrong, I’m sure they’ll bring in some guys to compete, but I think some of the athletes from last year’s class have a chance to join Shaq Griffin in the starting backfield.

Speaking of the secondary. . . The biggest question of the offseason has been whether or not Earl Thomas will be traded. I think the longer it goes, the less likely it is that Earl plays elsewhere in 2018. If that’s the case, I’d be thrilled. Unlike his former Legion of Boom teammates, Earl still seems to be playing at the top of his game. While his window of dominance might be gradually closing he is still a huge asset on the back end of that defense. Especially when you consider there will be several  young players fighting for snaps around him.

A deal could certainly go down on draft day, but with each passing day I feel better about the fact that the man I affectionately refer to as the human missile will be back with the team for another season.

Significance of this draft

Simply put, this draft is of major significance. The Pete and John legacy will either be cemented or softened depending on how the 2017 and 2018 classes pan out. They will either be remembered as orchestrating a great five year run and then fizzling out, or showing that they built a generational culture that continued to win for a decade plus.

We won’t be able to judge that for at least a couple of years, but these last two classes will  write history one way or another.

How to feel after it’s all wrapped up

If you’re anything like me, you’ll probably walk away from this experience feeling somewhat indifferent. Sure, the draft is exciting and all, but it’s impossible to know what you got out of it until the season comes around. Sometimes you don’t know what you have for two or three seasons. No matter how much of an expert people claim to be, it’s impossible to perfectly predict how a class is going to mature. Chances are almost every player the Seahawks select will be a name you’ve never heard in your life. That’s just the way it is. Once the picks are in I’ll watch some film and get excited. But truthfully, the draft leaves me feeling a little empty.

Though the draft isn’t my favorite event on the sports calendar, it’s still of great importance for a franchise looking to get back to its principles. I’m excited for a clean slate in 2018 and a renewed hunger inside the Virgina Mason Athletic Center.